Zombie Shooter VR---ake you to feel nervous and exciting!

Zombies are horrible in many novels and movies, but in "Zombie Fight VR", these horrible zombies will become the dead souls of the players. No matter how many zombies will come to give points. 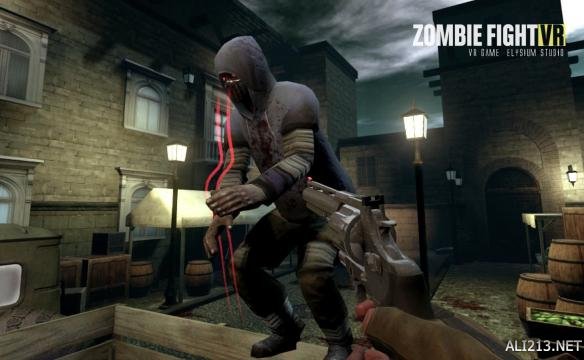 "Zombie Hunter VR" is a VR shooting game with real experience, realistic images, intense stimulation of fever level and slightly horrible elements. The game tells about the rapid spread of viruses throughout the city during the cataclysm. The surviving resources stubbornly resisted the zombies that Yuying kept attacking outside the safe house of the survivors.

In addition to the clever background design of the game, the battle of "Zombie Hunter VR" is even more exciting. The coming of the zombie will make you very nervous and exciting, but you are a survivor of humanity. To destroy the zombie to save humanity, take the weapon in front of you and fight bravely. Of course, you can change weapons at any time. Some of these weapons have strong attack power and require you to have strong control capabilities, such as bows and arrows. The use of all weapons simulates the control of real weapons, such as bullet loading, changing magazines, bow shooting, etc. Use shelter around you to avoid.

Zombies will appear from different directions at the same time. After the stay, there will be boss-level zombies. You can choose all kinds of weapons on the console to destroy them before destroying the positions.